Proactivity versus reactivity and the biases that guide our decision making

How do you face failure when you’ve never failed before?

Humans have a range of interesting and quite peculiar cognitive biases. Whilst economic theory and business practices are often based on the idea that we are all ‘rational operators’, the fact is that a range of factors subconsciously impact our decisions, not least of which our approach to risk and our understanding of the factors that we think have contributed to our successes and failures.

One of those biases is that when something has never happened to us, we perceive the likelihood of it happening as relatively low, regardless of what the statistics say. ‘I know it happens, but it probably won’t happen to me’ is the common refrain. This is referred to as a ‘normalcy bias’, and it’s a real problem in broadcast. Why? Well, because everybody’s happy when their network is working. Until it isn’t. And even though that point of failure might not have come for some, one thing is relatively certain: it will eventually. 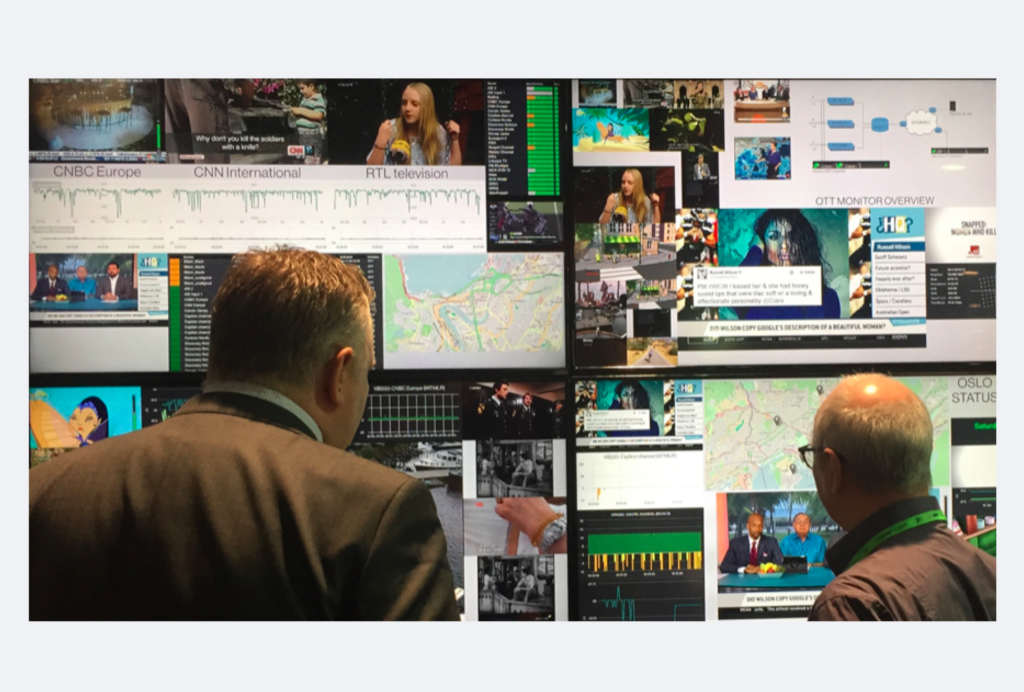 Disaster comes to us all… But it doesn’t have to

And unfortunately, that’s a lesson that broadcasters all find out, sooner or later. We know this to be true, because we’ve seen it all-too-often. Still a great number of our initial points of contact with clients come from occasions where we’ve been brought in to diagnose existing problems. Often critical ones that have all but crippled a network. The assumption of many companies is that we’ll come in, identify where the network error has occurred using our extensive range of probes, pinpoint the problem and then pack up and leave.

But it only takes a few hours of us being on-site to demonstrate to the customer the idea that our tools provide a value that extends far, far past a point-of-failure diagnosis. We’re able to show how – by building Bridge Technologies tools right into the network – these failures never have to occur in the first place. Because the reality is, when our monitoring systems are present in a network from the very beginning, the chance of that point of failure ever occurring shrinks to an infinitesimally small number. As a result, clients who thought they were going to implement our probes for a single diagnostic activity suddenly realise how much their entire network would benefit from the on-going presence of extensive, in-depth, end-to-end monitoring: providing intuitive and insight-giving metrics that can detect brewing problems long before they manifest into something bigger.

But that’s such a difficult idea to communicate to those who haven’t experienced failure yet, because of the aforementioned ‘normalcy’ cognitive bias. Humans can make small and low cost concessions to avoid risk (we all wear seatbelts after all… hopefully), but we generally make decisions based on personal experience rather than statistical likelihood. So no matter how inevitable we tell the industry that network failure could cause crippling problems, until they’ve experienced it, they have difficulty internalising that message. Convincing customers of a need to proactively monitor their network and avoid problems before they occur is difficult – though not impossible.

Indeed, that’s one of the reasons why Bridge Technologies products are so commonly found in the systems of Tier One operators – they often don’t need too much ‘convincing’ when it comes to the benefits of our monitoring solutions. This is because they tend to be better placed than most to understand the risk – in part because they tend to come from backgrounds of extensive experience and are more likely to have encountered catastrophic failures before (or at least near-misses), but also because the sheer scale of risk of failure is that much greater for them. With competition between streaming services at an all-time-high, an outage for more than a few minutes can be the nail in the coffin when it comes to a viewer’s decision to switch permanently.

So Tier One broadcasters are often quite open to our message – and willing to build Bridge monitoring systems right into the core of their operations. But what about Tier Two operators?

Well, there’s still a real need for up-and-coming or niche operator broadcasters to adopt a similar mindset. Indeed – they’re often best placed to, because they are exactly the kind of second-wave organisations that are starting to transition into fully IP-based network environments – giving them an unrivalled opportunity to be truly forward-looking in their approach. More than anyone, they are in a position to adopt our key mantra: ‘Build it in, don’t bolt in on’: able to adopt a proactive rather than reactive approach to network monitoring that avoids problems altogether, rather than scrambling to solve them at a point where it’s already too late.

The focus of this blog so far has been on the idea that insightful monitoring can trigger a warning of looming problems long before they occur and cause detectable impact on network performance and viewer experience. But our end-to-end Integrated Services Monitoring (ISM) approach provides for so much more than that – particularly in unusual, disjointed or hybrid network configurations with multiple moving parts. Our tools are versatile in the fact that they provide in-the-moment alarm bells for real crisis moments, but they also provide extensive data over time – something that can be used not only to predict potential issues, but actually enhance network performance by facilitating intelligent decision making. Our data – as insightful and usable as it is extensive – is a tool to be leveraged by every stakeholder in the business – from creatives making in-the-moment production decisions, to engineers planning their monthly scheduled maintenance, to the C-suite deciding where to make its next investment.

For Bridge Technologies, monitoring is not just about disaster avoidance, it’s about performance enhancement. We don’t just avoid failure, we build for success.