We thought this month you might enjoy a behind-the-scenes look at Bridge HQ, where our Chairman Simen Frostad has been manning the decks alone (and the phones, and the coffee machine…)

Some of our greatest literature and film arises from exploration of what impact isolation has on the psyche. Take for example Dicken’s A Christmas Carol, and how Scrooge’s desire to cut himself off from the world leads to him hallucinating three ghosts (or maybe they weren’t just his imagination… we’ll let the English Lit students argue about that one). 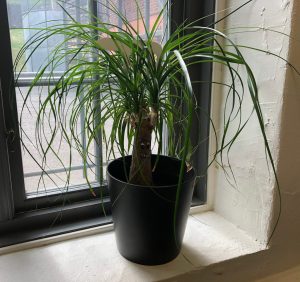 Or ‘Wilson’; the beachball from Castaway, who provides exploration of how social contact – or at least a simulacrum of it – is as important for survival as physical grit. And of course then there’s Stephen King’s ‘The Shining’: where it’s arguably not all work and no play that makes Jack a dull boy, it’s social isolation that makes him a crazy boy. And we all know how well that ends…

So what happens when you take one of Bridge’s four founders, Simen Frostad, – one who is known both within the offices and throughout the industry for being charismatic, highly social and just a touch eccentric – and leave him rattling around Bridge’s Oslo offices for weeks on end, all on his own?

So let’s find out what Simen actually had to say….

Simen Frostad missing the ebb and flow of conversation

I’ve been in the office alone before. Whether it’s staying late in the evening or popping in at the weekend to fetch something, I think probably every member of the Bridge crew has wandered the offices alone. When it’s a temporary thing – with only a few hours there – there’s a distinct feeling of calm. You relish the fact that the hectic buzz of people, phones and keyboard clatter is gone. The place feels special and almost a little illicit – like you’re seeing the space when you shouldn’t be, at a time when it would usually keep its secrets to itself.

But that’s when your time alone is only for a little bit – when you know that tomorrow the offices will be ringing with people, and lunchtime will be a hubbub of colleagues talking business (and family) over another one of Deniz’s fantastic lunches (Oh Deniz’s lunches, what I wouldn’t give to walk down the stairs to the smell of freshly baked food again).

Now, as I rattle around our three story office block – nestled against the Akerselva river and overlooking a fast flowing weir – there is a completely different feeling. The place becomes almost timeless. It doesn’t feel ‘sneaky’ to be there alone, it feels lost.  It’s far too pristine to carry an ‘air of abandonment’, but the echoes of old conversations are mere ghosts. The place can only be described as… sadder.

Undoubtedly, there’s more for me to do now – even though all the rest of the team is slogging away as sentries back in their own houses. Of course we at Bridge Offices are pretty egalitarian – this is Norway after all – so I’m no stranger to manning the phones or fetching my coffee, but it’s funny how the Nespresso machine echoes so much louder when there’s nobody hovering behind you impatiently, waiting to make their own cup.

It’s just surprising how many little tasks normally continue around you without you noticing – such is the joy of being part of a well-oiled and dedicated team. But where these were tacitly undertaken before through the natural dance of people working in the same place and negotiating their roles organically, now – through remote communication – everything needs to be spelled out more concretely. It’s these little, subtle elements of working life that may be difficult to replicate in a post-Covid, remote-working world.

And then, of course, there’s been the ‘big project’ to oversee. Before recent events overtook us, we were just starting to get our NAB demo together. We had big plans for a very big booth, and pretty exciting ideas for a centerpiece shuffleboard competition, where we intended to show not just our dominance in the field of monitoring solutions, but our prowess as Viking Sportspeople (well, maybe not…). 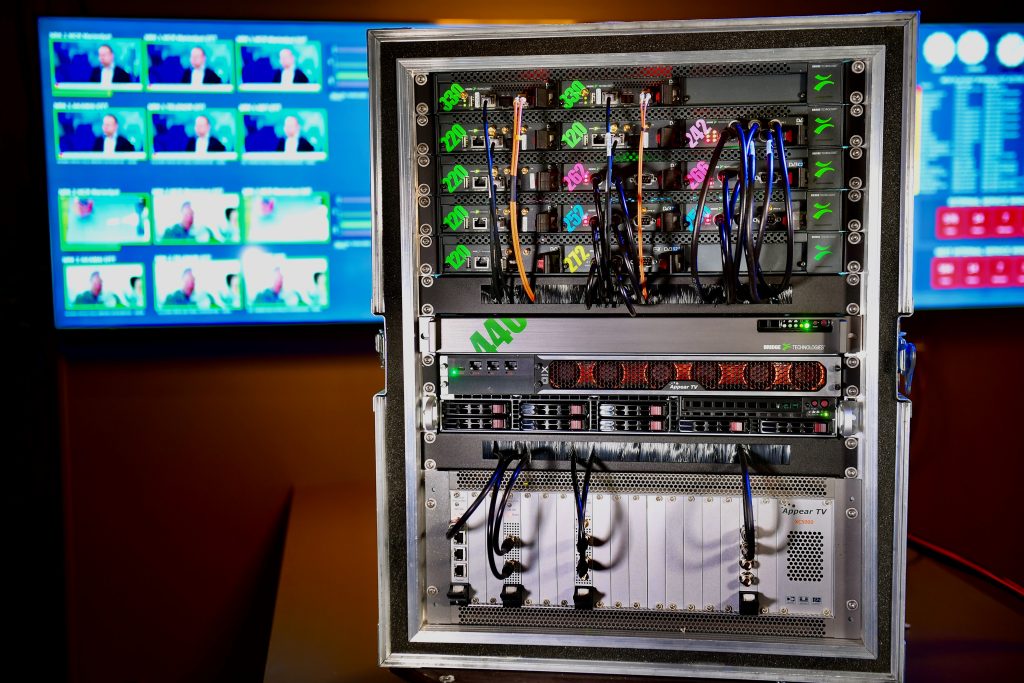 As it emerged that things were going to be different this year, we decided that all was not lost, and that we could create the same demo in-house (minus the shuffleboard, alas). This way, we can still demonstrate the remarkable capabilities of Bridge’s new Integrated Monitoring Solution (ISM) to our customers through a virtual connection – demonstrating just one possible configuration of a turnkey, easy-to-install, complete media monitoring system that captures and utilizes data in multifaceted ways to assist decision across the whole media chain.

In this particular case we’ve created a setup capable of full-length monitoring from production to end user, using standards SDI, SPTS, MPTS and OTT. The setup has been fully tested with four cameras with SDI outputs feeding an IP network processor to seamlessly bridge SDI and IP networks.

The encapsulated SDI-IP signal is then forwarded to the Appear X10 that encodes SDI into SPTS multicast and to the Appear ABR transcoder for conversion to HLS OTT and distribution. The Appear XC5000 carrier grade platform with built-in automatic routing of signals is also part of the setup for IP in/out distribution and RF transport.

The multicast service can then be monitored by Bridge´s multitude of IP Probes – including the VB330, VB220, RDW, NOMAD, VB120 and RF modules.

I was eager indeed to get this setup running in the offices, for two reasons. The first is that it constitutes the perfect proof of concept for demonstrating how Bridge monitoring solutions are able to provide end-to-end, automated analysis and deliver invaluable insights into network packet behavior, in a way that is intuitive to absolutely everyone – be that engineers charged with day-to-day operations or management seeking to assess the overall performance of the operation.

But secondly, in effect this setup gives us our very own MCR. From this, we’ll be ready to move forward with a number of virtual interactions and private client demos. All broadcast seamlessly at the highest quality.

And if I’ve gained anything in my few weeks alone in the office, it’s a renewed belief in how central – how vital – real-time, deeply analytical monitoring solutions are in the field of broadcast. As I’ve battled with 17 different platforms for online collaboration and meetings, constantly seeking out something reliable, I’ve found my patience and attention wearing thin over broken calls, poor audio and connection issues. The parallel in the field of broadcast is obvious; viewers simply will not accept a compromised service; lag, buffering, displaced audio. The frustrations are not just a minor inconvenience, they have a genuine and negative psychological impact on the viewership. And broadcast networks hardly want those feelings of anger and frustration associated with their brand now, do they?

Turns out I’m a people person, who knew? 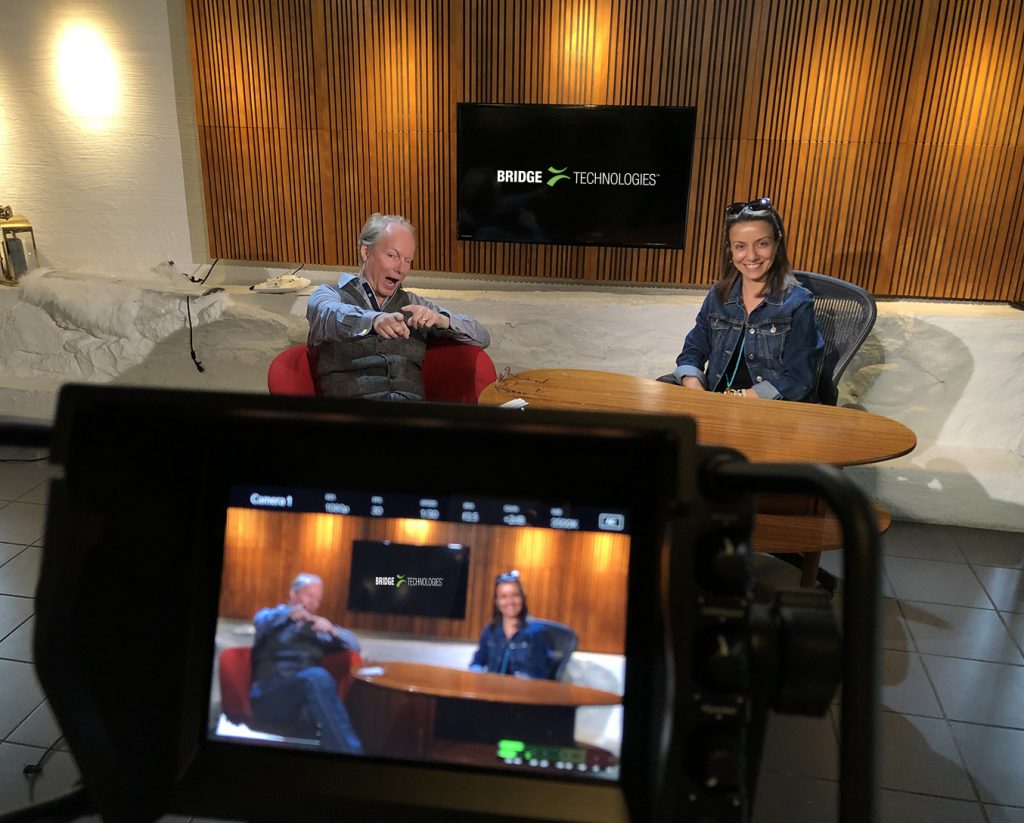 But I also realized that no matter how much of an evangelist I am for a world connected through IP – I also realized that I am an evangelist for real-world connection. More than anything, I’ve missed the ebb and flow of conversation, the ability to bounce ideas, exchange perspectives, think out loud. (I’ve tried some thinking out loud, the plants are roughly as responsive to my ideas as the team is on Monday morning before the first cup of coffee…).

Ultimately, I’m incredibly proud of how the whole Bridge team have worked through the last months – I may be in the office but they’re all dealing with their own challenges at home. But whilst in the future I may still occasionally enjoy the secret silence of being in the office alone, there can be no doubt that I want my team back around me as soon as possible.