Style, Spectacle and Success: It’s the Bridge Event and Awards!

Last week we hosted our very first virtual Bridge Event and Bridge Awards ceremony. Where previously this time of the year would have seen business partners from around the world descend on Oslo for two days of lectures and meetings (not to mention delicious hotel breakfasts, gourmet dinners and a glass of champagne or two), now – as with the world and his dog – things have moved online.

We recognised that this was potentially a big ask of our partners. We’re not saying that the breakfast buffet was a bribe per se, but undoubtedly the point of the traditional Bridge Event was to mix business and pleasure – as much to say ‘thank you’ to our BPs as it was to engage in active business development. Asking people to devote a full day to their screens is no small thing. So we realized we needed to make it special.

We threw our all into it. Our regular Tuesday Bridge Show gave us the base we needed to build on; with a fully-equipped IP studio we were able to produce something professional, compelling and engaging – full of the kind of ‘twiddly bits’ that make the difference between an endless, monotone zoom session, and a dynamic lecture series.

Crucially, we engaged our business partners in the delivery of content; representing the idea that we don’t maintain singular, unidirectional relationships with each BP where we lecture to them about what they should be doing, but instead operate as a network of idea sharing and collaboration. We were privileged to have many of our BPs deliver their use cases – or perhaps more accurately, success stories – giving diverse insight into all elements of the process; engagement and sales, business context and the details of the technological solution provided. Unfortunately, we have to keep the details of those to ourselves – trade secrets, y’know?

And then, to break proceedings up a bit, we had a tour of Oslo from the famous Henrik Fjord. Now it has to be said, Henrik has a suspiciously Australian accent, and bears more than a passing resemblance to our own Tim Langridge – but with such authentic dress and a willingness to eat the weirdest of Norwegian delicacies we feel sure he must have been the real deal.  BPs commented that even when attending in person, they would not have taken the time to see Oslo in such beautiful detail, and feel inspired to go exploring the next time we are able to meet in person. Maybe Henrik will be around to give tours, who knows? 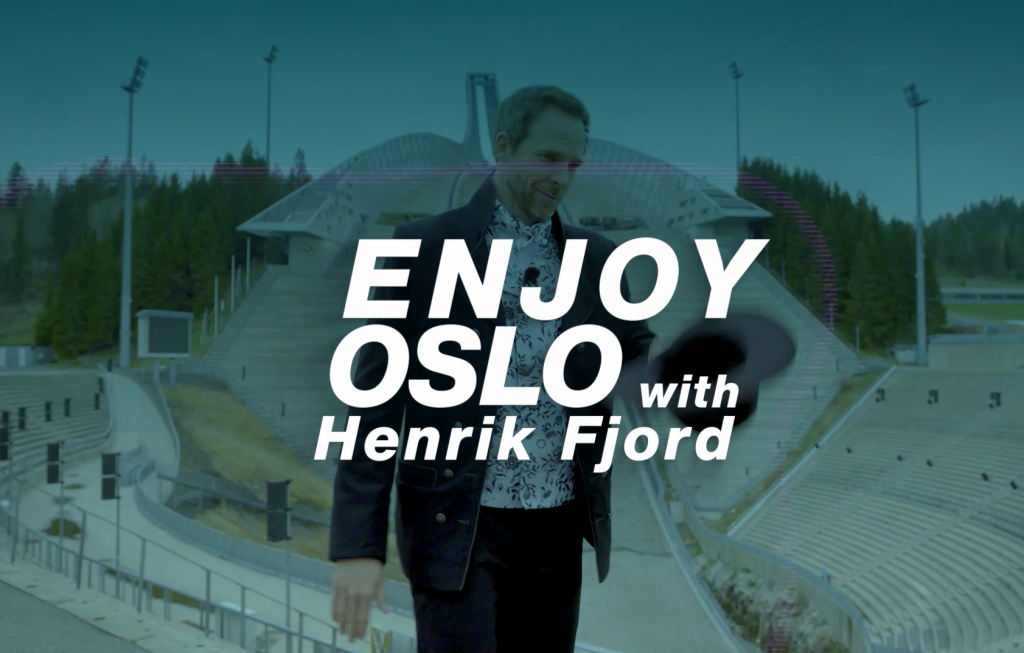 Growth – in every direction

One of the key themes of the sessions was ‘Grow with us’.  We’re both proud and humbled by the fact that 2020 was our most successful year to date. Proud because it shows just how technologically important what we’re doing is, humbled because so much of that success is attributable to the hard work, skill and knowledge of our business partners.

So growth has been big on a financial level. But also in terms of our product reach. So many of our product developments have been about expanding what we can do, where and how; pushing the role of IP in the realm of production and expanding reach across the full broadcast chain, going beyond ‘mere’ monitoring and into the provision of intuitive visualization that facilitates remote and distributed production, and offering server, software and embedded solutions which are all based on the same coding for the provision of a truly flexible, interoperable deployment.

In essence then, we wanted to really stress to our business partners that the opportunity to grow was greater than ever. We aren’t merely a ‘tag on’ in a solutions sale, we’re potentially the core of it.  Even in cases where users approach our BPs with requests that would seem to preclude Bridge deployment, this should by no means be seen as the end of the story. We are always here, active, ready to engage and support our BPs in presenting adapted options to their prospective clients, or provide them with the compelling case needed to change client mindsets and show them how an alternative, Bridge-based solution is actually the answer to a far greater range of needs than they might have initially considered. We can provide the core of the growth our BPs are seeking – we can grow together.

And the Award for knowing how to celebrate in style goes to… Us!

Finally, we concluded the evening with our awards ceremony. Spectacle has always been the name of the game here, and the production values on this rivalled that of the Emmys. This is where we have an opportunity to really show our brilliant Business Partners just how grateful we are, and perhaps, hopefully, inspire them to yet greater brilliance.

Saying that ‘we are so grateful to all of our BPs and nominees, and not only our winners’ has become an unfortunate cliché, but the thing is, it’s a cliché precisely because it’s so true. ‘Choosing a winner was difficult’ is another of those clichés, but after much deliberation, the results were in: 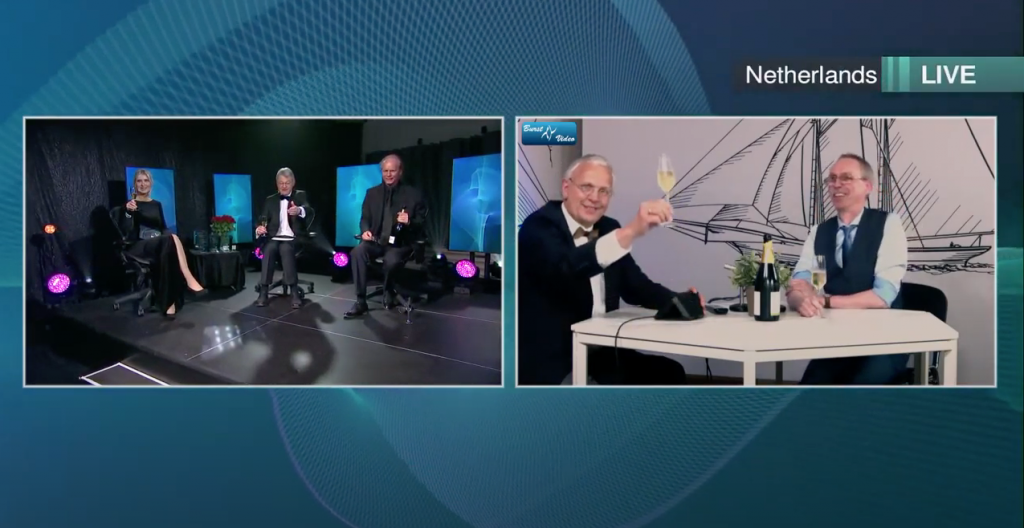 Burst Video’s win – and Gerrit and Franz’s commitment to Bridge – represents particularly how important every market is. The Partner of the Year award is in many ways the easiest to decide, because it isn’t subjective, it’s metric driven. And a win in the Netherlands shows that you don’t have to be operating in the ‘major’ markets (Germany, the US, the UK) in order to still make a significant difference. Burst Video demonstrated that a real focus on customer service – which we recognised also through a Communicator of the Year award – can make all of the difference. After all, you just need one big fish if you want to eat well for dinner…

Interspersing all this suspense and excitement were some quite breathtaking musical performances. And perhaps best of all was our surprise visit from Aksel. Those of you who keep up with us know how important our relationship with this crazy Casanova is; his vibrancy, dynamism and showmanship match our own qualities well. We didn’t think he was going to make it, and when last minute he found his schedule free, it was kept on a very ‘need to know’ basis – making it a brilliant surprise for everybody in the studio. Watch the Bridge Awards Show on YouTube

We’re very aware that sometimes, business partners are a little mystified at what we get up to with things like the Bridge Show, the Bridge Event at the Bridge Awards. Our partners coming from more traditional or conservative business cultures may choose themselves to take a more conventional approach to their daily interactions, communications and business development processes. But after this year’s suite of events, we had any number of comments from BPs saying that now, they really ‘get it’. Through engaging them in the production process – with a build-up that starts months in advance – we grow the relationship we hold with them on a number of different levels; through the small details and irreverent, funny interactions as much as through the formalized, ‘big picture’ stuff. Sure, they may be somewhat perplexed when we ask them to get creative in filming a nominee video or contributing a segment, but as their bemusement fades, their enthusiasm grows. The Bridge Event and Awards are as much about the process that unfolds behind the scenes as they are about what occurs on the day; all components strengthening the connection we hold with our BPs.

Because ultimately, without them, we’d be in a much tougher position. So if it wasn’t said enough over the course of last week, it’s worth saying just one more time: Thank You. For all your hard work, your commitment, your insight, and your willingness to be silly with us sometimes, we are grateful to every single one of you: our brilliant BPs.