In anticipation of their upcoming presence at NAB (Booth W5604), Bridge Technologies today announce the addition of signal generation functionality to their VB440 – a high density IP media traffic monitoring probe for core broadcasting networks and production studios which over recent years has expanded to become an indispensable, all-encompassing production tool for creatives and network engineers alike.

By introducing not just signal monitoring but also signal generation, the VB440 now allows for placeholder reference signals to be generated when setting up a studio, thus allowing for the network to be checked without needing to fully assemble all network components. These placeholders can also be used to measure and test network performance for elements which are not due to be integrated into the studio setup until later in the workflow.

The new signal generation functionality allows for users to manually set placeholder reference signals through the GUI itself, or through NMOS. This can be achieved for any resolution or framerate, for both SDR and HDR signals.  These can be used to ‘represent’ cameras, picture switchers, etc., – with each given a colour bar and video or audio ident – even before the physical asset itself is set-up. This thus allows for the network connection with the central studio to be tested for reliability and security before the actual installation of auxiliary components; providing the very apparent advantage of facilitating dramatically more efficient setup times and early error detection. These placeholders can also be used to accommodate connections which will be integrated into the workflow later (for instance, uplinks with remote interview sources); therefore significantly increasing trust in the reliability of the broadcast even as it airs live. 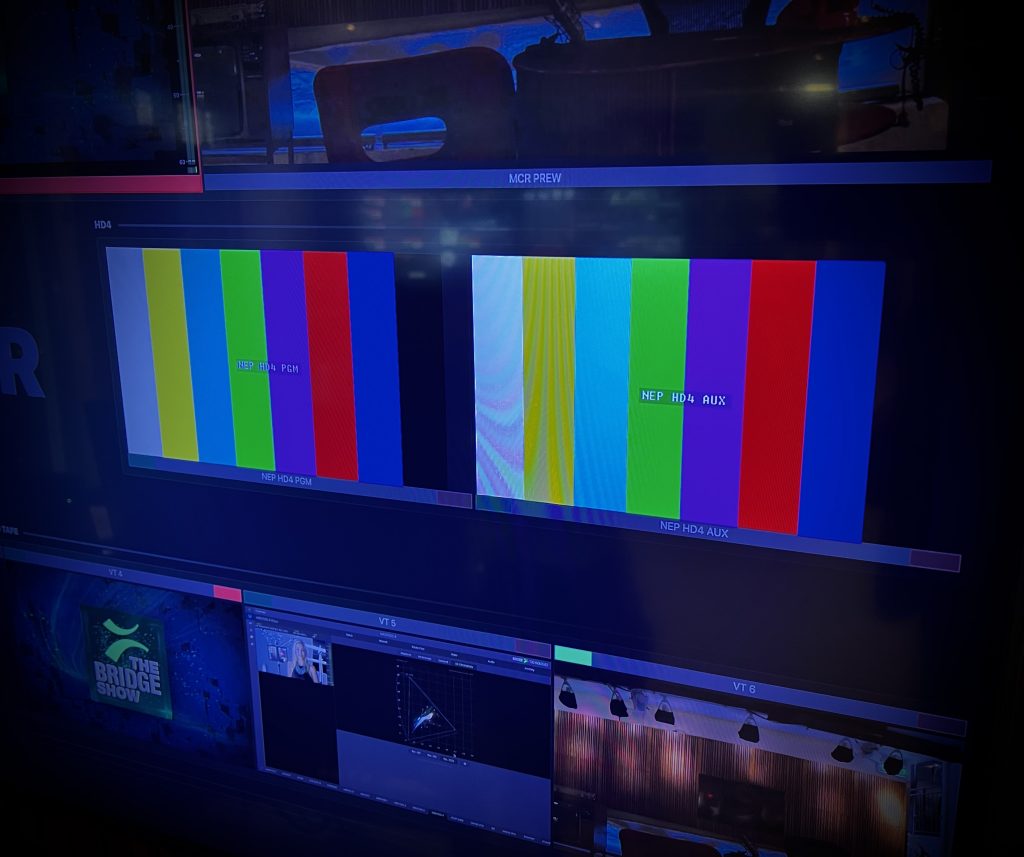 In introducing these signal generation capabilities, Bridge Technologies yet further pursues the growing raison d’être of the VB440; the creation of a comprehensive, holistic production tool that facilitates the workflows of a whole host of production stakeholders, providing extensive functionality that is both intuitive and requires only an HTML-5 browser for access – thus replacing potentially whole racks of task-specific equipment and monitors in environments where both space and budget might be at a premium. The addition of signal generation to aid faster, more efficient off-site studio setup cements the VB440 as an indispensable tool in the field of OB, remote and distributed production.

Speaking of the addition, Chairman of Bridge Technologies Simen K. Frostad said: “The inclusion of signal generation adds a whole new realm of versatility in terms of what the VB440 can contribute in a production setting. It’s truly becoming the Swiss army knife of production, but the tools it’s equipped with, are surgeons’ knives; providing exceptional precision and depth of functionality”.

He continued: “And the great thing is, the ability to generate ‘placeholder references’ from this new signal generation functionality – and thus aid with off-site network setup and testing – is just the tip of the iceberg;  just one of many functions which will eventually be facilitated by virtue of this new ability to not just monitor but also generate signal”.