This case study describes how Bridge Technologies and Norway’s NRK worked together to help the transition to the use of CDNs even more successful.

If you’re trying to understand, analyse and act on complex data – and especially if you’re trying to do it against a deadline – images will almost always work better than reams of text or columns of numbers. Images – done right – are intuitive and instantaneous: we can, for example, more easily detect anomalies in a graph than in a sequence of digits.

Visualisation, in an increasingly complex world, is becoming imperative. That became clear when NRK wanted to achieve much better visibility into the status and quality of its OTT deliveries, for which it used CDNs. NRK is the Norwegian government-owned radio and television public broadcasting company, and the largest media organisation in Norway. The organisation broadcasts three national TV channels and a number of national radio channels on digital terrestrial television, digital terrestrial radio and subscription television.

NRK’s transition to the use of multiple CDNs in order to balance the delivery of its content provided some challenges. Originally, NRK had developed in-house a visualisation tool but had found it inadequate for the company’s needs. NRK subsequently replaced this with a third party solution that was slow, required rack space, and was noisy – and NRK no longer had access to either rack space or a sound-proof room.

A meeting was convened and Bridge Technologies presented to NRK the Bridge Technologies Remote Data Wall (RDW).  RDW allows those responsible for network monitoring and management to quickly and easily create a visual representation of network activity, enabling potential problems to be rapidly identified and appropriate corrective action taken. Depending on the size or complexity of the network being monitored, RDW can spread from a single screen to multiple screens in a videowall format – but requires no specialist skills to install. 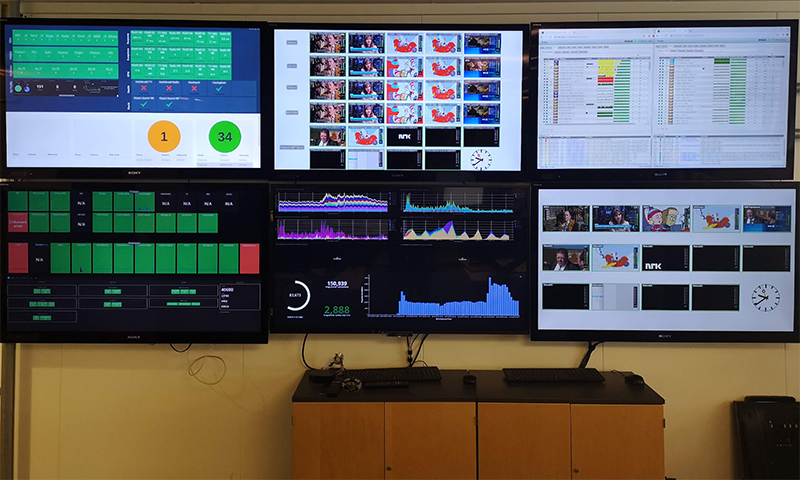 The benefit of RDW isn’t so much that it collects data about the network. It is in how RDW turns that data into information that is actionable in real time. It is the perfect illustration of the power of visualisation. With RDW, NRK could do much more than just check that the CDNs were up and running: the company could also gain insight into the quality of the CDN transmissions. This was essential to NRK, enabling it to ensure that the terms of its various SLAs were being met. Moreover, the insights that RDW has delivered have enabled NRK to further tune its setup.

NRK also uses RDW to visualise data that does not originate from Bridge Technologies equipment, demonstrating its openness and flexibility in allowing the integration of third party systems.

Additionally: of particular value to NRK, as a radio broadcaster, is RDW’s ability to monitor audio streams.

In early discussions about how RDW could enable NRK to achieve what it was looking to achieve, NRK revealed that it wanted to prioritize the monitoring of its OTT channels. Bridge Technologies rapidly concluded, based on NRK’s description of the problem, that VB288 and VB330 probes would provide the optimum solution. 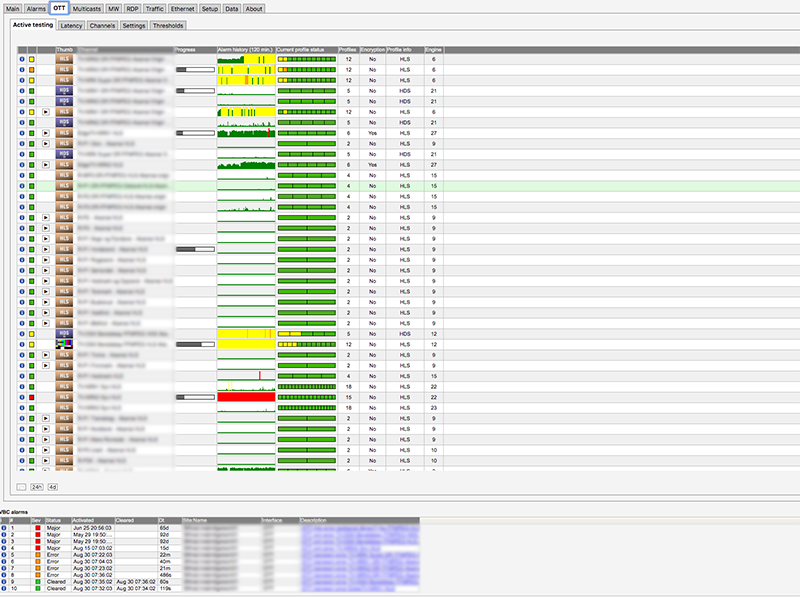 The VB288 is currently deployed by NRK for image and audio metering, allowing the company to perform content analysis.

With dual 10G Ethernet connectivity and a massively multiprocessor architecture, the VB330 can deliver monitoring and analytics of thousands of streams and a multitude of technologies in real-time and in parallel. The VB330 is deployed either on dedicated embedded hardware, as a pre-configured and pre-installed appliance or as a software-only solution.

NRK’s primary usage of the VB330s is for network probing and manifest validation.

The two VB330s immediately proved their worth. One of the probes quickly revealed that a CDN channel was not working properly. The CDN provider consulted with Bridge Technologies to check the findings: the fault was rapidly traced – and rectified.

Being able to efficiently pinpoint and isolate issues is becoming particularly important to broadcast organisations in adaptive bitrate streaming architectures due to the sheer number of technology partners and the need to appropriately assign costs.

The Bridge Technologies monitoring solution offers direct benefits to NRK in terms of an improved viewer experience for its customers. Potential faults are pinpointed faster and addressed to the right technology partner with more technical detail than before. Parameters are now continuously monitored and alarmed a process that was previously essentially a manual one, often involving the correlation of end user evidence from multiple sources without any hard substantiation. This manual process could take days or even weeks – whereas now, the response time from a fault occurring to it being detected is measurable in minutes.

Today, NRK is a very satisfied user of Bridge Technologies probes, and of the Remote Data Wall. RDW is enabling NRK to ensure that it is getting the services for which it is paying – and that its customers are receiving an optimum quality service. NRK has benefited from several enhancements to RDW, and now relies on it to provide a complete – and, more importantly, quickly actionable – insight into the operation of its network.