Blog: How to define a unique solution for broadcast creatives and engineers

Making something out of nothing

If you’re vaguely familiar with linguistic theory, you’ll be aware of the idea that far from us being the masters of language, language is the master of us. Many theorists argue that language has a ‘materiality’ – it isn’t a mere invention that comes about through our will, but instead has a substance of its own in space and time through a process of intersubjective usage, and that substance has direct impact on the way we as people are able to think and behave.

There have been some interesting studies to show that the language we have access to shapes our fundamental cognitive functions. For instance, a few languages have no sense of relative direction (left and right), only cardinal direction (north, south, east, west). It’s been found that people from these groups have an exceptional sense of navigation; they can navigate in unknown locations far faster than their English counterparts. They even know where north is in a dark room with no windows. More than this, societally they tend to be much more collectively minded with a lower sense of individuality. Linguistic theorists say this is because the language they use is not centered around relativity to a self, but instead to the world as a whole body.

There are other thought experiences we can use about how language gives shape to the world around us. Think of something completely unique in your head. Something nobody has ever seen. Now try and describe it. You’ll only be able to do that in relation to words, classifications and concepts that we already collectively share. Your ability to ever manifest anything truly ‘new’ in the world – not just in your head – will be bound by the language you have for its expression.

This idea of finding ourselves limited when trying to communicate something new has been playing on our minds at Bridge this month. The VB440 has been making waves for approximately 5 years now, and we decided it was well time to give it its own refreshed web page to showcase its incredible abilities. Well, that was a task easier said than done.

See, the thing is, there really isn’t anything else like the VB440 on the market. And so when we finally sat together to try and pin down what it is and why it matters, we met an obstacle. How exactly do we communicate that to others? 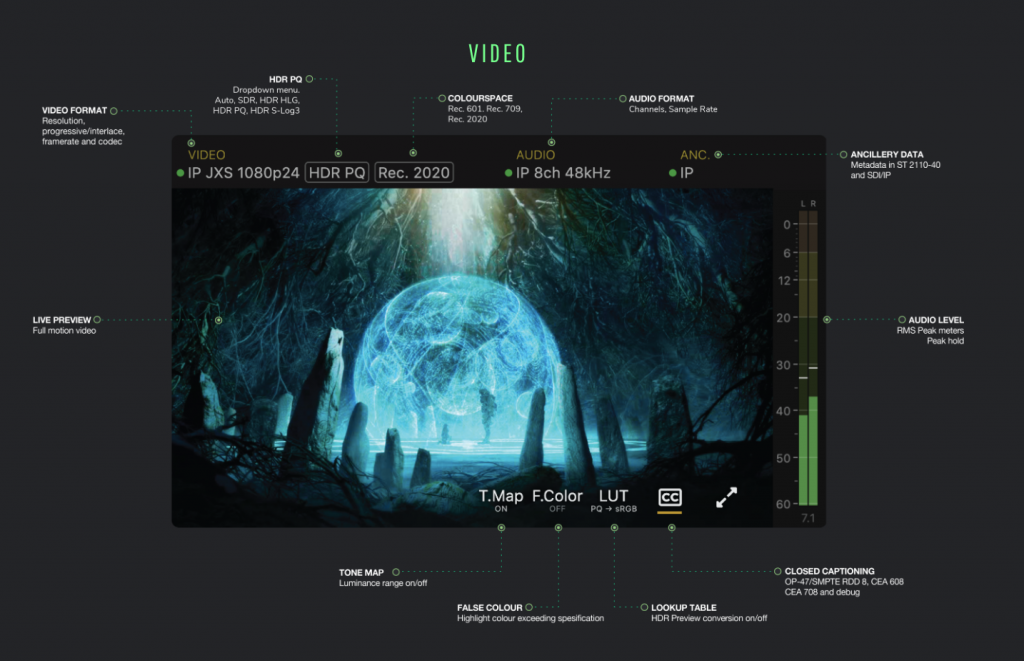 In the offices, we’ve had no problem working together on it because the understanding of the concept and the project has been implicit; born of a kind of symbiotic understanding of each other and Bridge itself; philosophy, goals, modus operandi, ways of thinking. There’s an understanding between and around the words we use to talk with each other that keeps us all on the same page. But – interestingly – when we brought a good friend of ours in to consult a little bit, she looked at us all like we were talking gobbledygook. There was much talking at cross-purposes and a failure to capture the subtleties of what we all meant, because she didn’t share in the same linguistic culture that we’ve all been working together in for years.

So then – we figured it must just be an issue of translation. How do we capture these implicit ideas we’ve all shared in the office, and translate them into a ‘mainstream’ language understood on a wider scale? Well, that too proved difficult; because as we identified in the first paragraph, when you use common language to communicate something completely new, you end up being reduced to a process of relativity, where everything can only be described in terms of that which already exists.

And that’s a problem, because it ends up reducing the unique nature of something to a chimera of existing things, laden with the preconceptions and expectations that users already have of those component elements. Yes, the VB440 is a range of audio and visual scopes. Yes, it’s a range of packet analysis tools. Yes it’s got this, and yes it’s got that. So, who’s it for? Well… everybody. Does that mean it’s generic in its application? Well, no – it’s one of the most comprehensive production tools out there for both creatives and engineers alike. 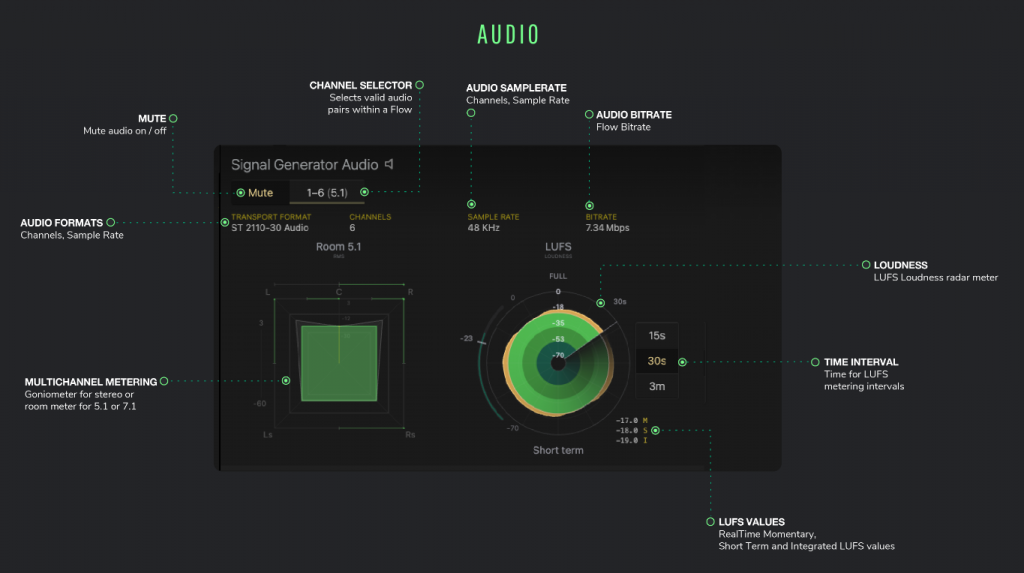 How do we get this down on the page and have people understand it, when current paradigms over understanding create an automatic correlation in people’s heads: single unit equipment = specialist, multi-function = generic. How do we communicate the idea of the VB440 as more than the sum of its parts?

We tried all of our known tricks to get the job done (by that, we mean we went to a nice local place to drink champagne and have a fancy cream tea). And slowly, slowly we started to get there. Through iteration after iteration, refinement and redraft, hour-long ‘lively discussions’ about the precise meaning and connotations of individual words, we arrived at something that just about works.

You can judge for yourself in fact, since this is what we came up with: https://bridgetech.tv/vb440/

We hope that walking away from it, you understand the idea that there really isn’t anything like the VB440. Not just technologically, but conceptually: the idea of using next-to-no-latency, IP-based monitoring to manage huge chunks of the production process, for both creatives and engineers; the idea of freeing up reams of space on the rack and in the studio or OB van (not to mention energy consumption and wiring), by allowing browser-based access to an extensive host of in-depth data visualisations in real-time; the idea of creating a full ‘in-a-box’ approach to distributed, remote and collaborative production that maintains all the depth and quality (if not more) of ten supposedly ‘specialist’ pieces of equipment. That’s what we hope the website says. Whether it does or not depends on the shared language between us. 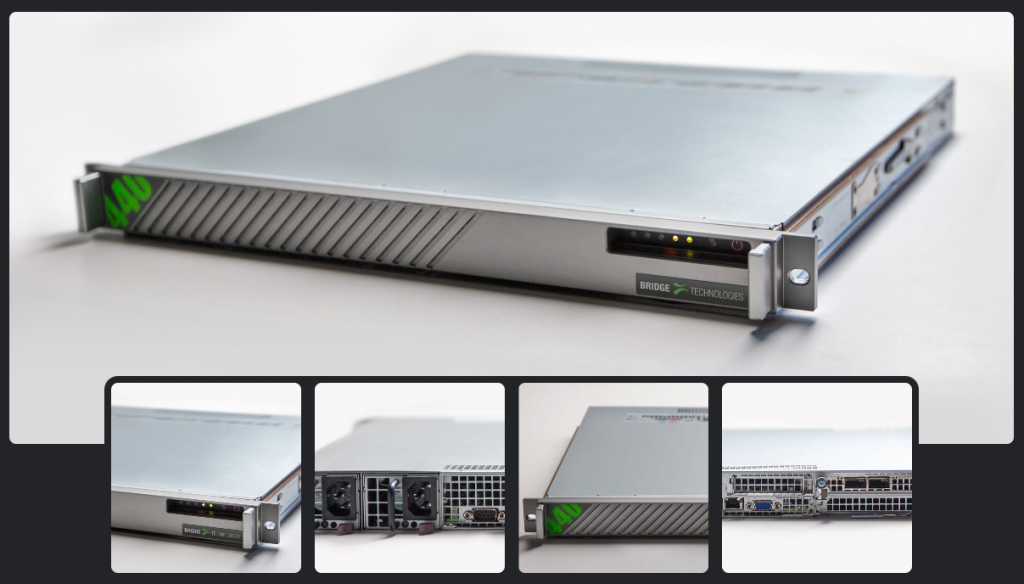 Ultimately, and perhaps unfortunately, despite our best and most diligent efforts, we know that what we’ve managed to get on the web page will never match the understanding that comes when people witness the VB440 first hand. Such is the nature of experience; language operates within us and shapes our thoughts, and it operates in the space between us as individuals to create meaning; but there remains a particular internal space where even language doesn’t touch – where we ‘understand’ in a way that’s intangible, beyond expression.

So regardless of how you end up reading the website – with enthusiasm or scepticism, we’d urge you to get in contact for a demonstration. You can even come to visit us in our beautiful offices on the Akerselva river in Oslo – we pride ourselves on being quite the hosts. After all, the pen might be mightier than the sword, but drinks, dinner and a demo are our preferred weapons of choice.