How to Treat Hiccups in IP-based broadcast

We’ve all had them. Amusing at first, they quickly move to a significant source of frustration: not only for the hiccuper, but for those around them. Whilst the classic ‘hick’ sound seems to be a product of the mouth, most know that it actually stems from somewhere much deeper in the body, caused by a spasm of the diaphragm. And of course, hiccups are a common occurrence for everybody, triggered by a number of readily identifiable factors (carbonated drinks, stress and temperature change being common causes). But they can also become a more serious complaint, and a symptom of something underlying on a deeper level.

Where are we going with this?

Frequent readers of the Bridge blog will know that when we start with something seemingly irrelevant, we’re usually going somewhere with it. And where we’re going with this is: Hiccups are the plague of the broadcast industry. Not in the old-fashioned sense, where a news presenter or an actor with hiccups was the death of the production. No, we mean in a technological sense.

A hiccup is the perfect metaphor for momentary errors in IP-based broadcast: They’re frustrating for broadcast and audience alike. They come from a much deeper source than it first seems. And: they happen to everybody all the time and they seem like a small issue in isolation, but they can be representative of a bigger underlying problem.

So how do you treat hiccups?

There are any number of folk remedies used to treat hiccups – the majority of which are bizarrely preoccupied with how you tackle your drink; upside-down, from the other side of the glass, ice cold, through a cloth, gargled… Not to mention the good ol’ jump scare. But what you certainly don’t do is go straight to the doctor – because that would be overkill. You only go when you’re pretty sure that your occurrence of hiccups falls outside of ‘normal tolerances’. But when you get to the doctor’s office, what do you say to the doctor? You’ve only got a nebulous feeling that they’re occurring on a more-often-than-ideal basis; you can’t trace them to times, dates, or correlatory activities. You can’t describe their sound or feeling accurately. So the poor old doctor has no choice but to strip you down and do diagnostics from the feet up. And neither of you are going to enjoy that process… 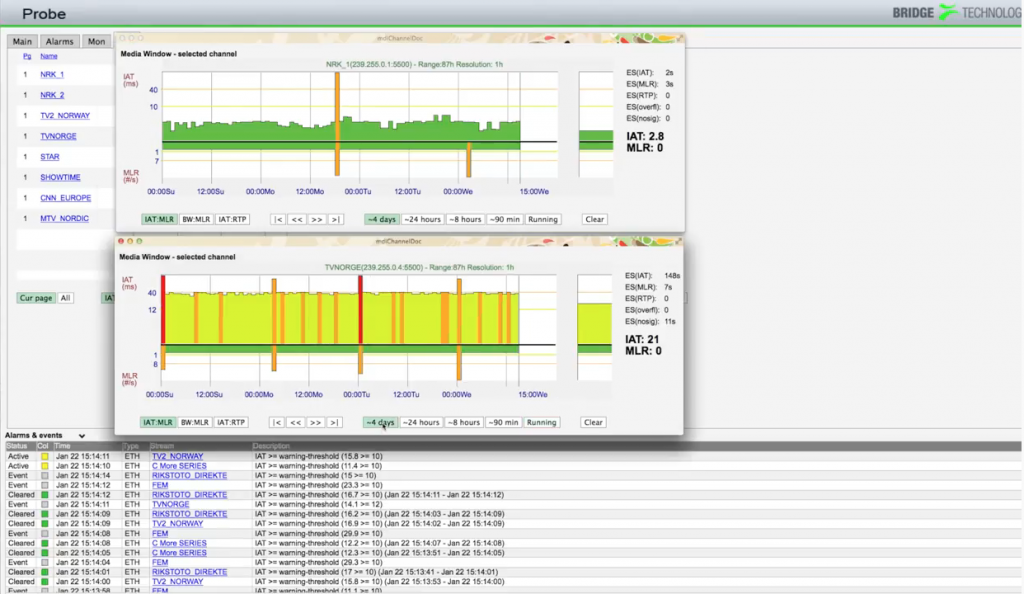 OK, we’ll stop the medical metaphors here, because we’re by no means doctors and we don’t want to be flippant about what they do. But we are exceptional diagnosticians. Because with 18 years of immersing ourselves in the world of IP, we’ve come to know every nuance of packet behaviour on an IP network; their patterns, processes and probabilities. And what we know more than anything is that when it comes to understanding, predicting and regulating packet behaviours in a network, information is King. Note, we say information, not data, because data is – in isolation – meaningless numerical jargon, whereas information is data with the added benefit of context, knowledge and understanding.

It’s this philosophy that has underpinned how we have built all of our probes, but particularly those associated with IP broadcast (that means the VB120, VB220, VB330 for distribution, and the VB440 for production specifically). Our key aim is not just to manage the occurrence of hiccups in the moment – ensuring that they don’t end up impacting final audience experience, but to facilitate wider diagnostics, giving an unprecedented level of oversight that allows for the identification of patterns across disparate and seemingly unconnected ‘hiccups’. Making meaning from mistake.

It’s embedded in the way we’ve designed each of our tools, and the capabilities we’ve built in. Take for instance the VB440. Our InstrumentView UI gives you in-the-moment-insight into whether you have the signal stability you’d be expecting (or at least hoping for). The video preview allows at-a-glance surety that the image being broadcast matches what the data says is happening. Our Closed Caption monitoring checks that the words feeding in are the words that are being spat out. But far more than this, our network and packet behaviour tools are providing both in-the-moment and long-term-deep-dives into how the data is behaving on the micro-level. 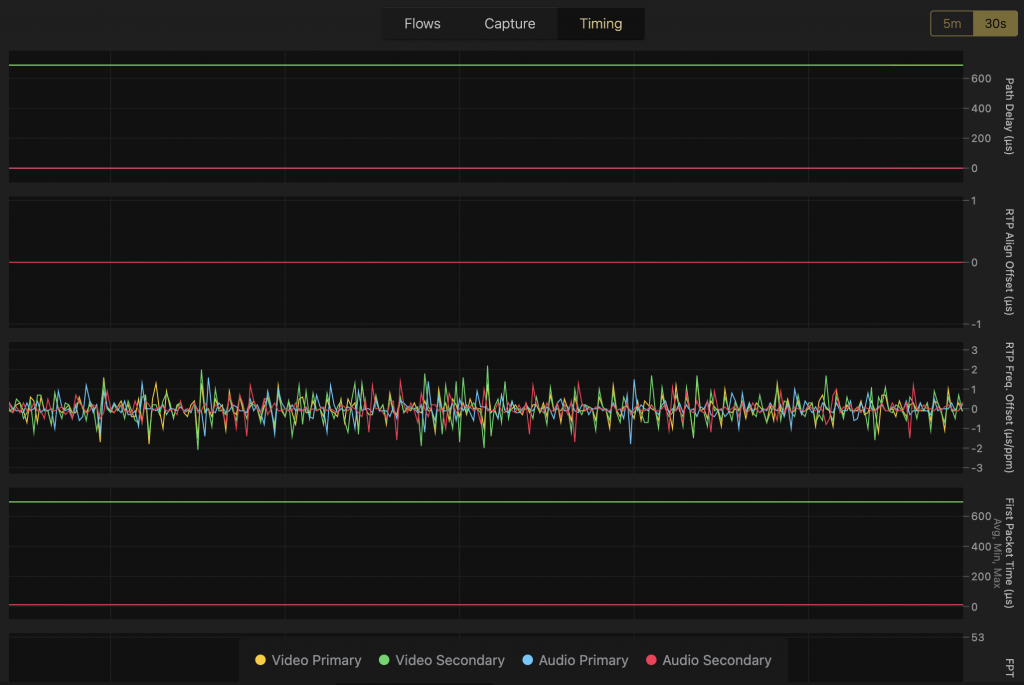 This means that on one level, our probes can give you the instant answers to questions like: are the main and redundancy paths matching? Where are packets being dropped, and how frequently? When and where is jitter occurring? What timing latencies are occurring between your RTP, arrival time, alignment point, and first packet read? What is your VRX flow?

But, whilst knowing the answer to these questions can help you to make in-the-moment decisions that help you ‘hide the hiccups’ in the short-term, they alone might not be enough to diagnose underpinning problems. In order to understand the underlying why these problems occur, you need historical insight – and more importantly, the ability to communicate it! That’s where our PCAP feature (Ethernet frames/IP Packet recording) comes into play – fully customisable to allow rolling capture over time. With this data, correlation with other issues can be identified; and whilst we all know that correlation doesn’t necessarily equal causation, it’s a useful first step, and a key way of communicating your problem directly to other stakeholders – such as equipment manufacturers – in a way that they can understand and make use of in their own diagnostic processes.

All in it together

We’ve talked in recent blogs about how we’re all in it together on an industry basis; the idea that the success of one company is not the loss of another, but instead a potential springboard for mutual, chain-reaction successes throughout the industry as a whole. But this month, we mean it on a more fundamental level: the network is all in it together. If one part isn’t working, none of it is. Effective diagnostics need to recognise this; it has to work across the full length of the broadcast chain – from end-to-end, and it has to give diagnostic outputs that can be read and understood on a meaningful level by every player in the game. And that’s exactly what we do at Bridge Technologies.

We may not yet have mastered the means of ensuring your presenter doesn’t get hiccups at an inopportune moment. But when it comes to your network, with us you can be sure there’s no need to rely on outdated folk remedies – we can cure your hiccups with no need for a scare.